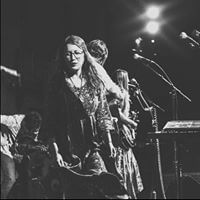 Boston’s Americana Artists of the Year, Honeysuckle with Vincent Yarnell.

Vincent Yarnell is best known for his work in the local folk powerhouse, RIVERS. His songwriting and playing prowess is something you will never see duplicated. theriversband.bandcamp.com/